The Evolution Of CAPTCHA 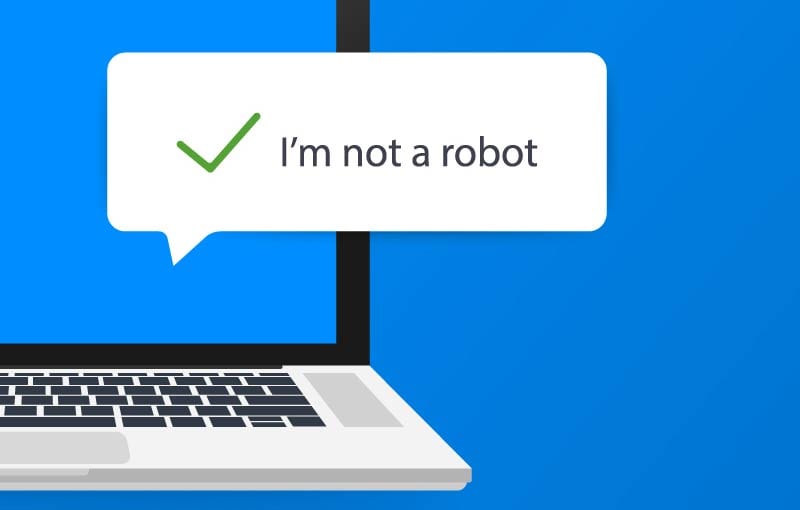 CAPTCHA was originally created in the early 2000’s as a way to prevent spam-bots from being able to complete form submissions. You may recognize something like this.

Of course, CAPTCHA has a few problems:

Despite these few issues, CAPTCHA still sticks around today as a very popular way to deter spam from websites. Google has transformed CAPTCHA into what it is today:

ReCAPTCHA was originally created by a team of researchers at Carnegie Mellon University, it was acquired by Google in September of 2009.

V1 of Google’s ReCAPTCHA used digitized text from Google Books online archive, as well as photos from Google Maps. It requires users to interpret texts, or select photos to verify that they are human. V1 Of ReCAPTCHA has been shut down since March of 2018.

V2 – “I’m not a robot” This version requires users to click on a check box. Behind the scenes, ReCATCHA determines whether the user is human or not by using the browsers cookies and mouse movements within the ReCAPTCHA frame. If the first test fails, then the user is usually asked to select a series of photos from google maps. This version of ReCAPTCHA is by far the most popular version on the internet today. Nearly any modern form on the internet will feature this “I’m not a robot” check box. Though not 100% user friendly yet, about 50% of users are able to pass the ReCAPTCHA test the first time, by only needing to select the checkbox.

Google’s V3  ReCAPTCHA has been introduced in October 2018. Although it is not widely used quite yet, it will likely define the future of spam prevention.  Zero user-interaction is necessary for this system of spam prevention to do it’s job. It works by capturing user actions on the back end of the site, and it typically monitors a users action across the entire site instead of just on the form.

The system gives users a score from 0-1 – 0.0 meaning they are most likely a bot, and 1.0 meaning that the user is most likely a human. Developers can adjust the settings to allow different scores to be acceptable & non-acceptable and require certain verification actions for users who receive a specific score such as requiring a second authentication factor, or sending a comment to moderation before publicizing it.

Check out more ways to keep your website secure!

Learn more →
Facebook
Twitter
LinkedIn
PreviousWhat is a Landing Page and How Do They Work?
NextUse Your Website to Make a Lasting Impression on Your Customers